Admitted to practice law in the State and Federal Courts of New Jersey since 1978, Roger J. McLaughlin has maintained a law office in Monmouth County since that time.  As senior partner of the firm of McLaughlin Stauffer & Shaklee, P.C., Mr. McLaughlin has served as counsel to numerous public entities and local governing bodies as well as private and corporate clients and banking institutions.

Mr. McLaughlin has appeared before numerous Planning and Zoning Boards and local governing bodies on behalf of property owners and developers in connection with site plan, subdivision and variance applications.

As a Rule 1:40 Qualified Mediator, Mr. McLaughlin has mediated disputes in contractual, employment, construction, professional liability and property matters.  He is listed on the New Jersey Superior Court's Roster of Mediators.

Mr. McLaughlin has been named each year from 2006 to 2015 as a "Super Lawyer" by New Jersey Monthly Magazine, one of only few attorneys in New Jersey so recognized in the field of State, Local & Municipal Government Law.

In 2015, Mr. McLaughlin was the recipient of the Michael A. Pane Award, given annually by the New Jersey Institute of Local Government Attorneys and the New Jersey League of Municipalities.  The Michael A. Pane Award honors a municipal professsional who exemplifies the highest standards of ethics and whose work has significantly enhanced the integrity of local government. 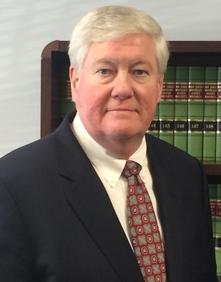